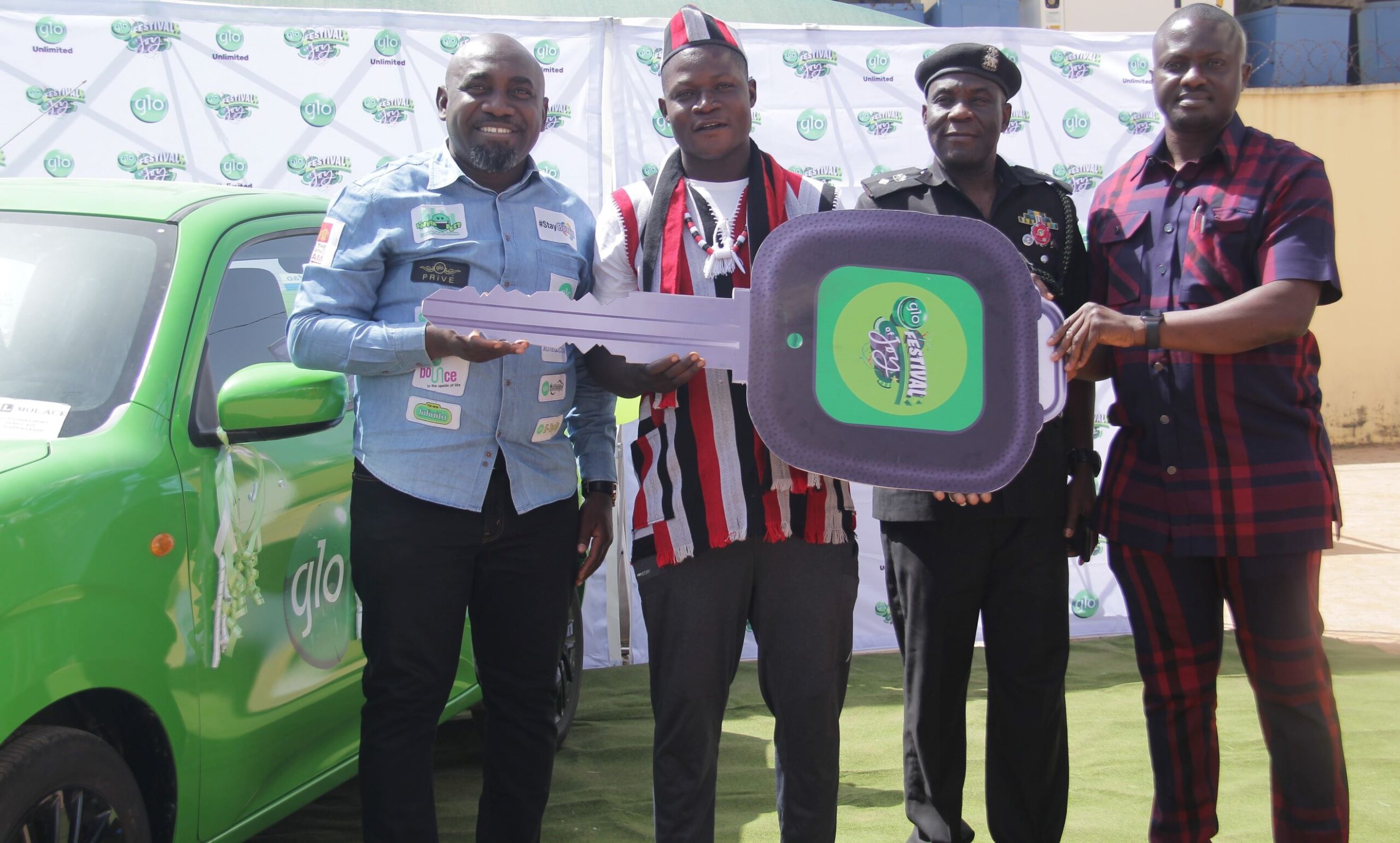 The city of Jos, Plateau State, on Tuesday, January 10, played host to the Globacom train as scores of winners in the ongoing Glo Festival of Joy promo received their prizes, which included a brand new car.

Richard Ijah, a 37-year-old staff member of a mining company, received the keys to the brand new car he won at a colourful presentation ceremony. He was accompanied by his wife, children and friends.

Speaking after receiving the car, Ijah thanked God and Globacom for the opportunity to win the brand new car. According to him, he was on the field the day before when he received the call informing him that he had won.

“I was on site at a minefield in a deep forest in Jos and initially thought the call coming from Globacom to notify me of the win was a scam. For some reason I picked and was informed that I had won a car.

After rounds of me pushing back the caller, as I wasn’t sure of the authenticity of the call, I finally agreed to close for the day and go to the Glo office to confirm. I was moved to tears to discover it was true”, he said.

Other prizes won and presented at the event included power generators, sewing machines and rechargeable fans. The winners expressed appreciation to the network and its Chairman for the promo. 21-year-old Mercy Michael, who won a sewing machine, promised to present it to her elder sister who is a fashion designer.

Special Guest at the prize-presentation ceremony, Commandant, Nigerian Security and Civil Defence Corps, Plateau State, Commander A.B. Barude, lauded Globacom for regularly putting into practice what responsible corporate citizenship is all about and showcasing commitment to its customers.

“I can’t wait to get home and present this sewing machine to my elder sister who sews, as she has sacrificed a lot for me through the years and I’ve never been able to do anything important for her. Thank you Glo for giving me this opportunity to show her how grateful I am,” she said.