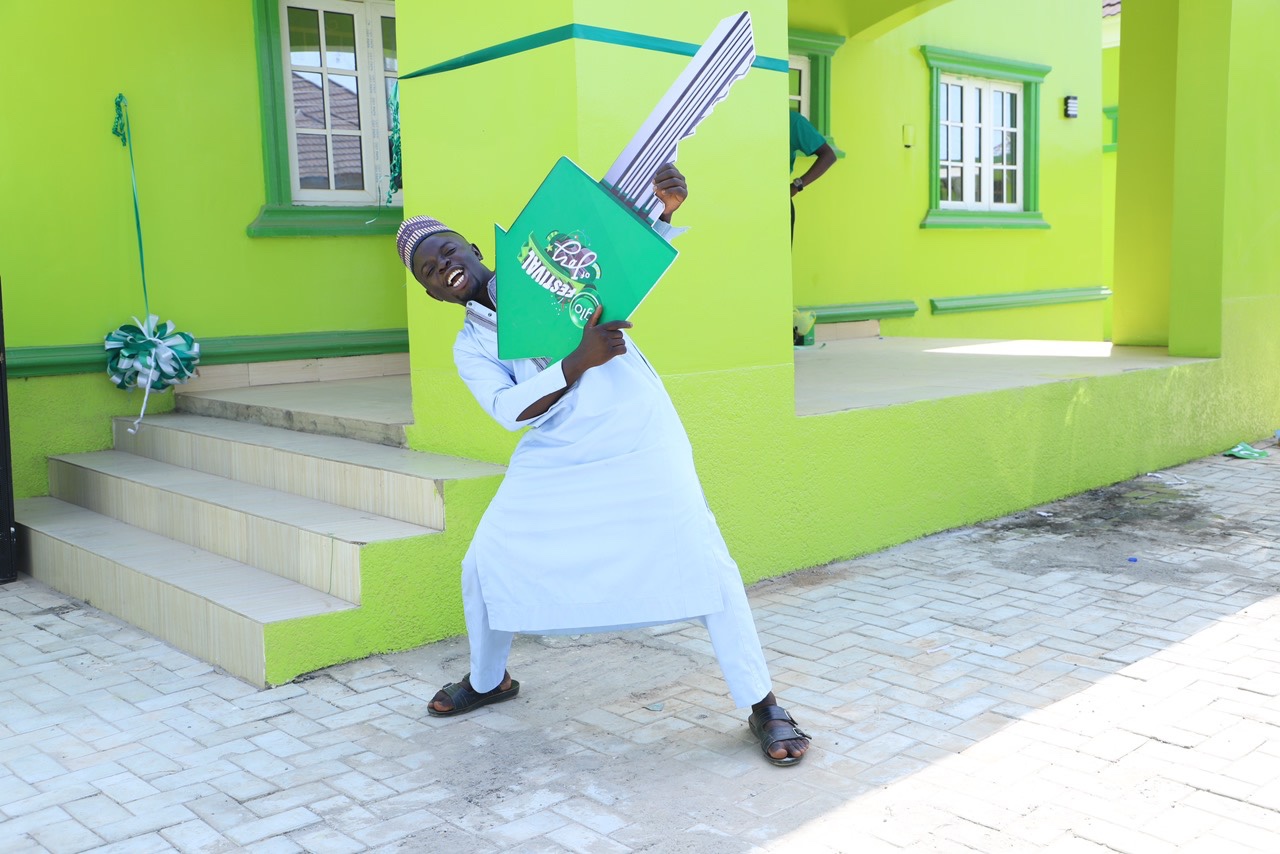 The latest house winner in Glo Festival of Joy promo engaged officials of the company in a hide and seek for three hours before finally showing up to collect the keys to his prize on Friday in Abuja.

Ridwan Ajamu Bello, a 28-year-old Mathematics graduate of Ekiti State University, found it hard to believe that he had become a house winner as he failed to show up for three hours after Glo officials called him to intimate him of the development.

Adekanye Sunday and Iheanachor Chikodi of the National Lottery Regulatory Commission (NLRC) and Ibrahim Mahmud of the Nigerian Communications Commission (NCC) who were witnesses to the selection process took it upon themselves to convince the doubting winner that he had truly become a home owner in the Federal Capital Territory, Abuja.

Several walk-in customers of Glo, including the Chairman of ThisDay Editorial Board, Mr. Segun Adeniyi, who were at the shop to transact business, tarried to catch a glimpse of the lucky but doubtful winner.

When Bello finally arrived at the Gloworld outlet on Aminu Kano Crescent, he kept prostrating and apologizing for keeping officials and the representatives of the regulatory agencies waiting for hours. Said he, “Please forgive me. At first it was difficult to believe. You know how these days we have a lot of people claiming to be what they are not, all kinds of scam calls. But when I started getting calls from different people from Glo and then the NCC and NLRC people also speaking and asking me to come to Glo office, I now thought that this could actually be my lucky day. I thank Glo for this opportunity; it’s beyond what I can express”.

Bello stormed the Galadimawa Estate location of the three-bedroom house which has a two-bedroom boys’ quarters with relations and friends who were equally thrilled with Globacom’s magnanimity to its customers. He is the second house winner in Abuja and is in company with several other winners who had emerged across major cities of Nigeria including Ibadan, Lagos, Ijebu Ode, Benin, Enugu, Port Harcourt, Warri and Jos.

Guests of honour at the ceremony, Senator Amos Bulus Kilawangs and former Director General of NLRC, Mr. Peter Igho, lauded Globacom for displaying a high level of integrity and transparency in the promo.

According to Senator Kilawangs, “There are so many companies in Nigeria, but Glo has shown it is second to none in CSR. What I feel inside of me is beyond what I can express”, while Mr. Igho, on his part, noted that “Glo has stood up as a true Nigerian champion. I commend the company for putting a roof over the heads of so many Nigerians.”