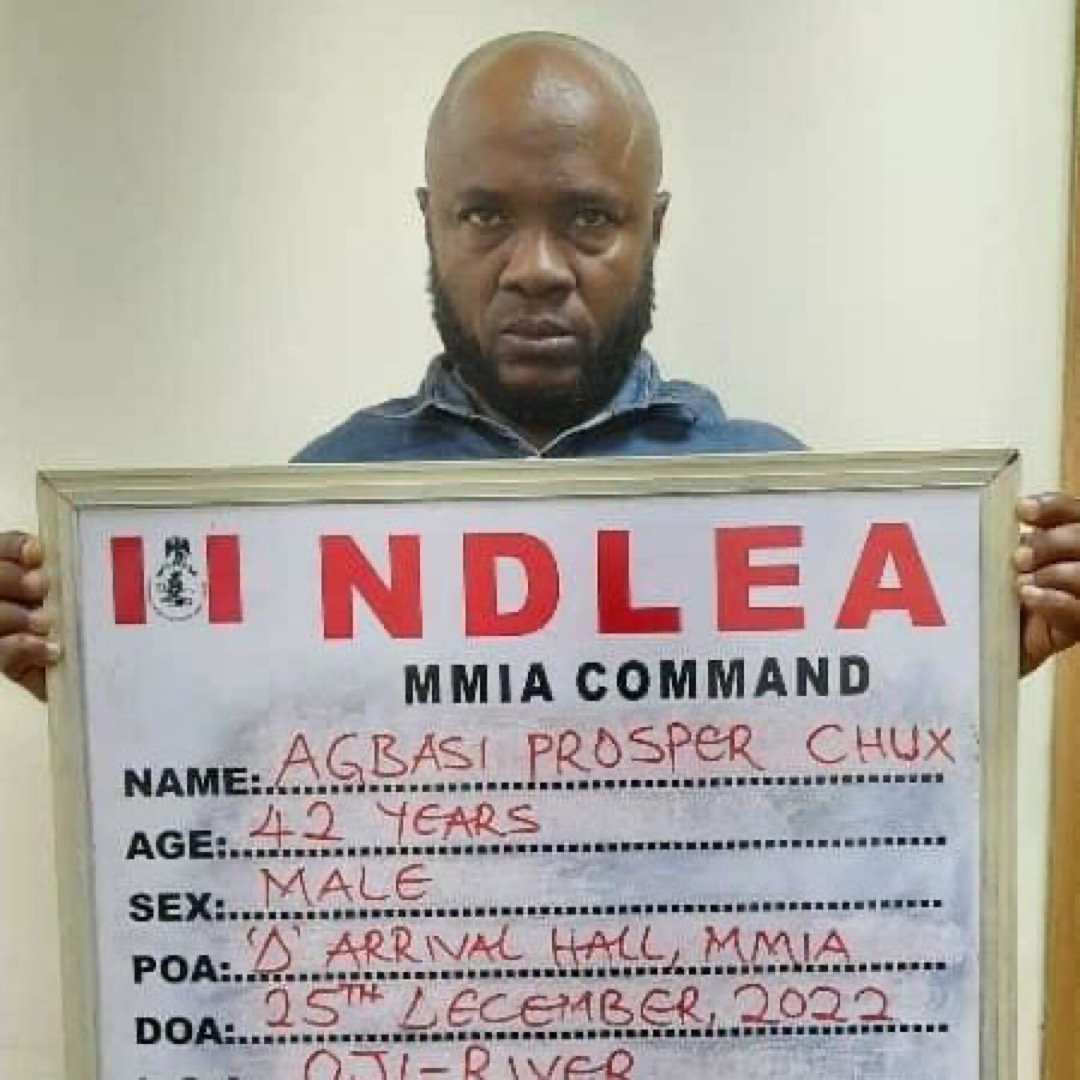 A statement released by Femi Babafemi, spokesperson of the anti-drug agency, says the suspect was arrested at the ‘D’ arrival hall of the MMIA during inward clearance of passengers from Sao Paulo, Brazil via Doha on Qatar Airways on Monday, 25th December 2022 following credible intelligence.

”An initial search of the suspect’s two checked in bags almost made him a free man as there was nothing incriminating found there until the NDLEA officers took a second look at the duty-free shopping nylon bags containing packs of ‘candies’ he was holding in his hands.
A thorough examination of the duty-free shopping bags revealed the packs of candies inside were actually used to conceal 105 parcels of cocaine weighing 2.8 kilograms and 43 grams of cannabis.”

Babafemi stated that preliminary test conducted on a plastic bottle of body lotion also found in possession of the suspect also tested positive for cocaine with a total weight of 472 grams.

Married to a Brazilian lady with a daughter, Prosper who claimed to be into clothing business in Brazil was hoping to sell the drug in Enugu, his state.