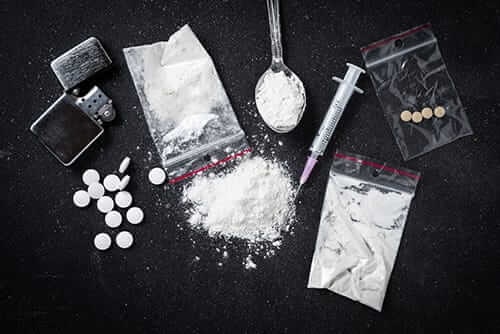 The Delhi police crime branch has arrested three Nigerian nationals and recovered 550 grams of Methaqualone, a psychotropic drug, and 1.025 kg of heroin, officials said on Wednesday.

Those arrested have been identified as Uche (42), Obioha Nicholas Chukwuma (47) and Emeka Dominic (47), they said.

Police said they laid a trap to arrest them after receiving a tip-off. Uche was nabbed and 550 grams of Methaqualone was recovered, Special Commissioner of Police (crime) Ravindra Singh Yadav said.

Later, co-accused Chukwuma was also arrested from Krishna Park in Tilak Nagar. Chukwuma disclosed that he had procured narcotic drugs and psychotropic substances from one Abugo, he said.

Police arrested Dominic and 1.025 kg of heroin was recovered from his possession, Yadav added.

They had come to India on business/tourist visas and continued to stay here illegally even after the expiration of their documents, police said.

Police on Wednesday destroyed over 2,800 kgs of drugs worth Rs 1,513.05 crore seized under a campaign in the last eight years.

Lieutenant Governor VK Saxena, Delhi Police Commissioner Sanjay Arora and members of the disposal committees were present when the drugs were destroyed in an incinerator in Delhi’s Nilothi, they added.