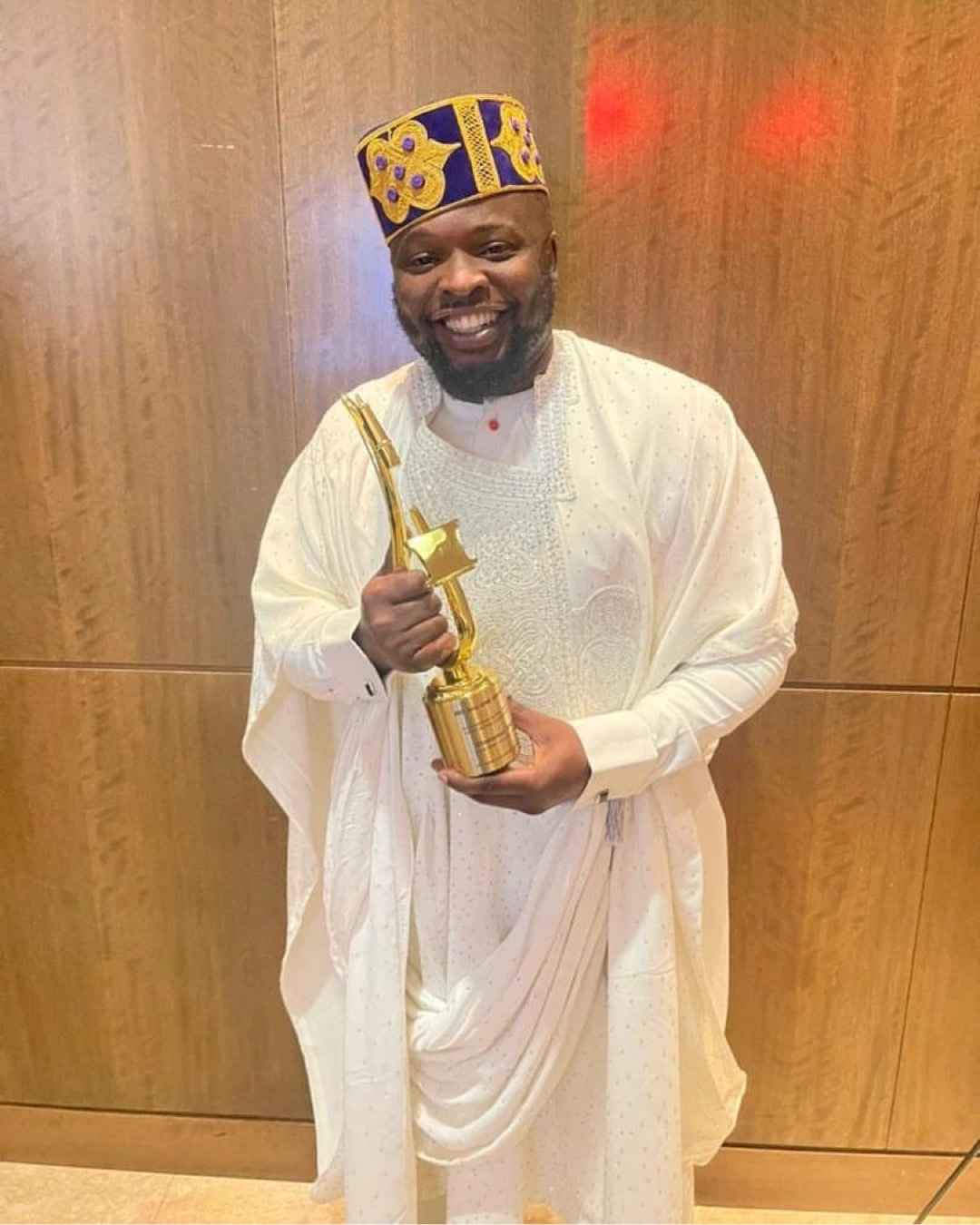 The voice actor was awarded the Outstanding Global Voice Arts Influencer Award for his work in the industry, which makes him the first Nigerian to be honored in that category.

Shobo rose to fame over two decades ago after his first major gig as a voice-over artist and has since gone on to establish a training school, Voice Over Academy, which has produced some of Nigeria and Africa’s leading voices and content creators.

In his acceptance speech at the awards event, he noted how far he has come, and how much this award means to him.

“This remains one of the greatest honours of my life because I believe I represent a generation of creative voices who have decided to challenge Status quo and present to the world Africa’s most excellent voices,” he said, adding, “This is Africa’s time and we are glad that our names are now written in the books of history globally. I am most grateful for this honour which I interpret as more service and even more responsibilities.”

And in his tribute to Shobo at the event, Dr Emmanuel Okenye, the founder of Child Scholars, described him as an exceptional leader.

The Chairman and CEO of the Society of Voice Arts and Sciences (SOVAS), the organizers of the award, further said this about the Nigerian star: “The Voice Arts Awards demonstrates the power of acknowledgement and diversity through inviting other countries, not as a ‘foreign’ addendum, but as equal artists of the world sharing in a creative platform.”