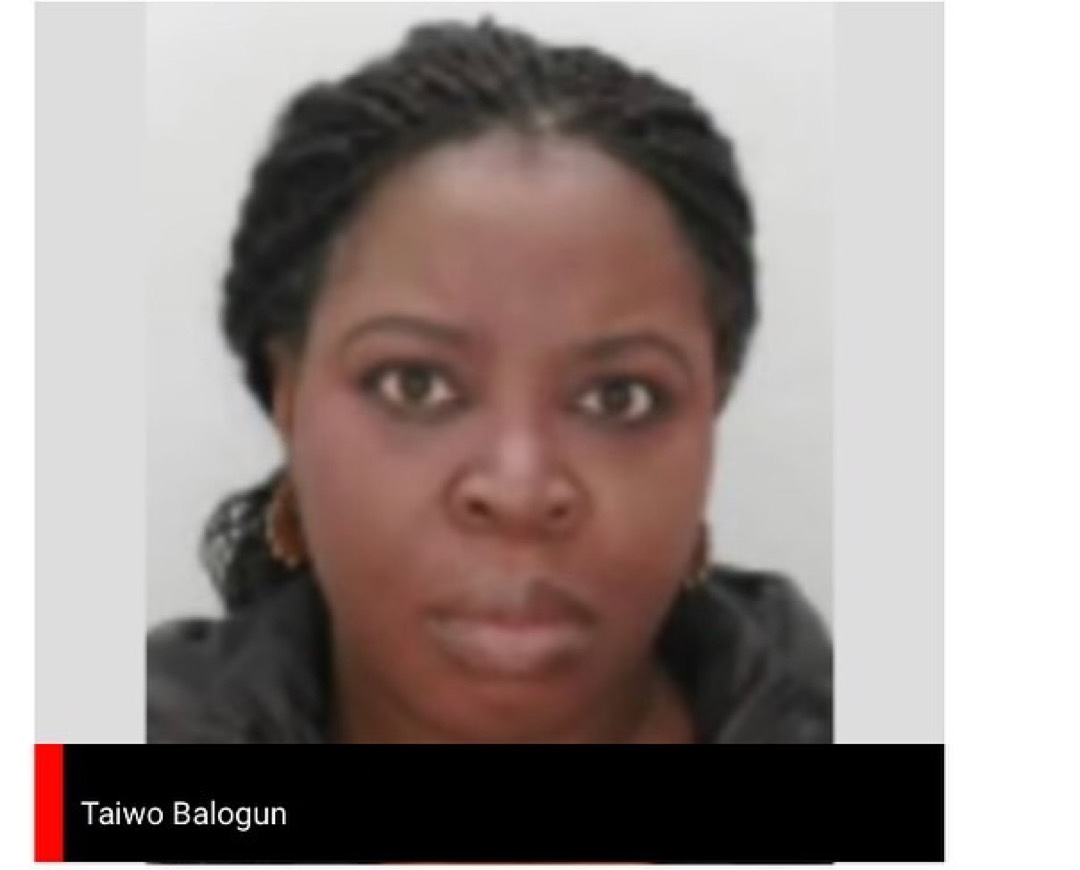 A United Kingdom-based Nigerian, Taiwo Balogun, 53, who went missing on Thursday, December 1, 2022, has been found dead in a lake in Kent.

Balogun from Crayford was last seen near her home in southeast London four weeks ago.

Her body was found in a lake at Bluewater shopping centre in hunt for “vulnerable” missing mother who vanished four weeks ago from home in London, a report by Daily Mail UK said.

The Met Police, on Monday, said a woman’s body had been found in a lake in Kent, adding that her death was not being treated as suspicious even though it was unexpected..

The force tweeted: “A woman’s body was recovered from a lake near Bluewater Shopping Centre on Friday, December 30. While formal identification awaits, Taiwo Balogun’s family has been informed.

“Her death is being treated as unexpected but not suspicious. Our thoughts are with Taiwo’s family.”

Footage from a CCTV camera showed Balogun at the Lottery stand inside a shop on Crayford Road, Dartford, at around 2:27pm on the day she went missing.

In a previous statement, Balogun’s family said: “We are very worried about our mum. She is greatly loved and a massive part of our lives.